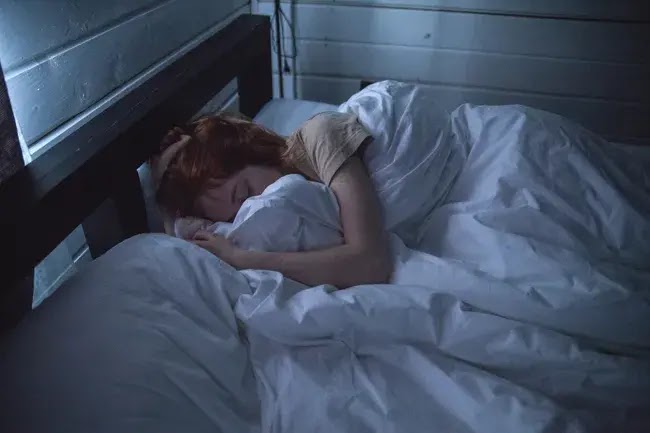 Do you like sleeping in a dark room or do you leave some light, such as a TV or a lamp? If you sleep with lighting, this news is directed to you.

The results of a new study published in the scientific journal (JAMA Internal Medicine) revealed that women sleeping in a room with lighting, whether from the TV or lamp, may contribute to raising their weight.

The researchers, based on the study, indicated that their experiment found that sleeping in a room with any kind of lighting was associated with an increase in the weight of women by about five kilograms during about five years.

The researchers reported that, over the years, this matter puts women at risk of overweight and obesity as well, which in turn raises the risk of many different diseases such as diabetes and heart disease.

To reach these results, the researchers targeted 43,722 women, their ages ranging from 35-74 years, and they were divided into groups based on whether there was lighting in the room or not.

The researchers observed the following results that the weight of women who were in lit rooms increased by about 5 kilograms during the five years as mentioned previously.

The researchers emphasized that although there are obstacles in this study, it gives us an indication of the necessity of sleeping in dark rooms during the night hours, in order not to interfere with the sleep process that the body goes through.

The Death of the Famous Broadcaster Larry King due to Corona