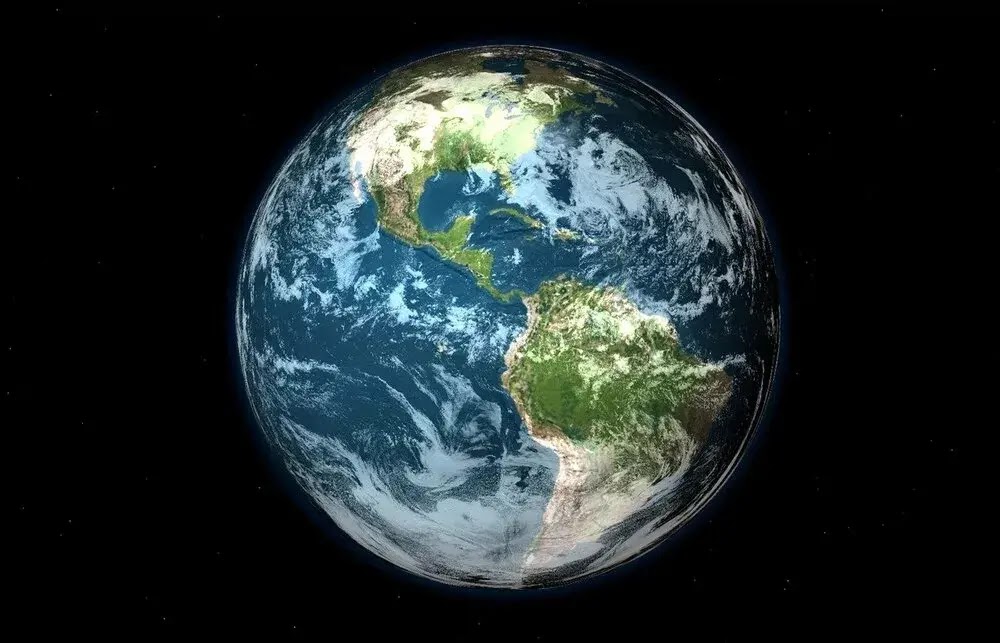 Contemplating the planet we live on, that strange rock, does not stop educating us, informing us, and entertaining us by uncovering some of the strangest and most wonderful things, so what makes the earth so beautiful and the fact that it pulses with life?

This is what the latest National Geographic documentary series has to offer. The documentary reviews several facts about the Earth’s content of rivers, mountains and mammals, including what is known as diatomic energy, which are microscopic marine organisms that derive their energy from the sun and nutrients from silicon, as one of its sources is rocky deposits of ice, whose surface dust can be seen from space.

There is the Amazon Tower Observatory, which is 325 meters high, which is the tallest building in Latin America, which is used in the study of greenhouse gases, weather data and the surrounding rainforest, with a staircase number of 1500 degrees, and without an elevator and is fixed in place with steel ropes.

There is the deepest place on Earth, which is the Challenger Deep in the Mariana Trench in the Pacific Ocean, which is between 10,898 and 10,916 meters deep. Among the strangest creatures is the Greenland shark, which was believed to have lived about two hundred years, but a study conducted in 2016 found a sample of 392 odd years old, or 120 years younger. This makes it one of the longest-lived vertebrates.

One of the most amazing natural scenes that hold our breath is the highest permanent human colony on Earth, which is “La Rinconada” in the Andean Mountains in Peru, which is located at an altitude of 5130 meters above sea level, despite the acute lack of oxygen in it, and people have adapted to life at this height.

One of the strangest creatures is a newly discovered crab that has dense hair, has no eyes, and thrives in deep sea environments, and its ideal habitat is hydrothermal vents, or what are known as underwater volcanoes, and its favorite food is bacteria that are attached to their wavy capillary shrinkage above hot water jets.

Among the newly confirmed wonders, Panamanian tour guides tell visitors that a square meter of their rainforest contains more species than in all of the United States, and it has been proven that the San Lorenzo forest is home to about 25,246 species of arthropods, insects and spiders.

There is the farthest island in the world, which is Bouvet Island, a Norwegian principality, in the south of the Atlantic Ocean, more than 1,600 kilometers from the nearest place, which is Gogh Island.

Finally, there are flatland plants, where fierce winds and weak soil in the nutrients affect the growth of most Arctic plants, so instead of growing vertically, they grow horizontally and form a mantle of lichens, berries and some rare flowering plants.

What are the primary colors !